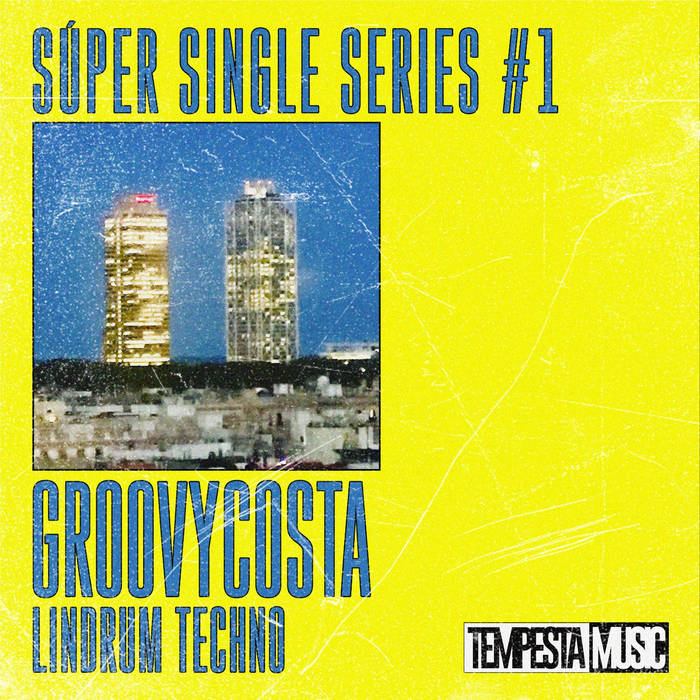 Tempesta Music fell under the disorientation caused by the first wave of the pandemic we are living and entered a period of cryogenics. Though we continue with the pandemic and the clubs have not yet opened, there is a certain optimism, which has injected energy into Tempesta causing its reactivation.

The first impression is aesthetic, as Tempesta has undergone a total re-styling, including logos, covers, etc…. A reflection of the brand's renewed energy. Then comes what really matters, the music. Although the label has been hibernating, the change has been brewing.

The single format is renamed Super Single Series. The ice breaker is Barcelona’s great producer and Dj Groovycosta. Although this artist works under various aliases, such as Hackers Of Bass, Baztard or Ciborgs, his best known names are Gravedad Cinetica and Groovycosta. With the Gravedad Cinetica alias he explores his more electro / 80's side with dark disco touches and even ebm or new beat, releasing for labels like Aspecto Humano or Difusse Reality. As Groovycosta, he pays homage to retro-futuristic techno paying homage to the classics but looking firmly to the future. He has released on labels such as Voko, Sintetics or Red Three. Both in his live or DJ version, he has performed in the best clubs in Barcelona, ​​places like Moog or Nitsa among many others.